Work quickly to solve the multiplication problems and finish the race before time is up in this cool Multiplication Math Racing Game. 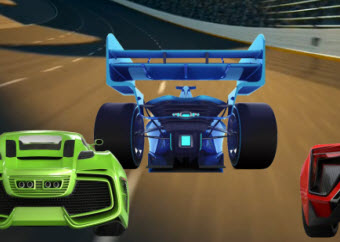