Think fast as you play this cool Math Magician Add Two-Digit Numbers Game and make 20 bunnies disappear by quickly matching addition problems with the correct answers. Drag and drop the bunny into the correct basket to make it disappear and score points to win.

You are only allowed a small amount of time to answer as many addition problems as you can. The game can be played on computers, iPads, and other tablets. You do not need to install an app to play this game on the iPad. 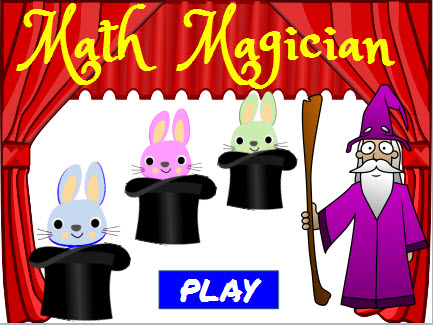 CC2.NBT.5
Fluently add and subtract within 100 using strategies based on place value, properties of operations, and/or the relationship between addition and subtraction.

Return from this Math Magician Add Two-Digit Numbers Game to the Elementary Math Games webpage, or to Math Play.